Biogeography and The Evidence for Evolution vs. Intelligent Design (Response to Jonathan McLatchie, a Discovery Institute Intern, who is reviewing Jerry A. Coyne's book, Why Evolution is True) 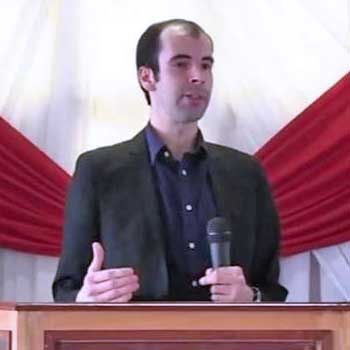 Jonathan McLatchie is an intern at the Discovery Institute, and he is posting reviews of Jerry A. Coyneʼs book, Why Evolution is True. Jonathan claims that Biogeography is not of much assistance to evolutionists, and in his rebuttal to Coyne he poses some difficulties in cases of the natural dispersal of freshwater species of animals, of various plants, and even of monkeys round the world. However Jonathan does not suggest any supernatural mechanism for such dispersals, heʼs just picking at a limited number of difficulties, none of which appear to be absolutely insurmountable via natural means, and so the massive amount of evidence in favor of natural biogeographic dispersal as well as evidence for unique evolutionary differences accumulating on distant islands and disconnected continents remains intact, as weʼll see in my response to Jonathan below.

@Jonathan McLatchie You mentioned in your article the dispersal round the world of species of freshwater crabs, freshwater amphibians, berry bushes, etc. on different continents and implied it would be impossible for such strictly freshwater species to disperse so far or so widely, but all that needs to be distributed are the sticky soft eggs of the animals (crabs and amphibians can lay over 1,000 eggs at a time) in water holes that can get stuck to a birdʼs feathers or legs. In the case of plants their seeds are often passed through a birdʼs digestive tract and are capable of germinating afterwards. And neither does such a method of dispersal always need to occur over great distances but could merely take the eggs to the nearest fresh water hole since future generations of crabs or amphibians could have their eggs transferred by a different bird to the next distant watering hole.

You also mentioned the odds of Old World monkeys in Africa crossing the Atlantic to South America to start the evolution of New World monkeys. But the first thing that must be said is that it was an analysis of molecular phylogeny and tectonic plate shifting that led to such a question arising in the first place. Notice how all the New World monkeys are grouped together in this molecular phylogeny analysis published in 2011, A Molecular Phylogeny of Living Primates. PLoS Genetics, 2011; and this 2012 article, Chromosome Evolution in New World Monkeys (Platyrrhini) Cytogenet Genome Res 2012.

And I found a research paper on the dispersal of monkeys from Africa to South America see, Paleogeography of the South Atlantic: A Route for Primates and Rodents into the New World? by Felipe Bandoni de Oliveira, Eder Cassola Molina, and Gabriel Marroig. In short, the oceans were lower, the continents were not as far apart, the distance across the Atlantic was a little less than half of what it is today, larger islands existed, and the necessary currents leading from Africa to South America were in place at that time because the Isthmus of Panama had not yet formed. Also, the event could have taken place 10 million years earlier than the fossil and molecular clock evidence currently suggest (when the continents were that much closer to one another). No doubt such a dispersal event would not be a common occurrence, but rather a one of a kind occurrence, and thatʼs EXACTLY what the genetic evidence suggests (as already cited in two papers above), namely that New World monkeys share a common New World ancestor. A similarly rare event apparently took place in the case of some land-dwelling carnivores from Africa dispersing to Madagascar, since their genes also suggest a common lineage from not more than one dispersal event just as an evolutionist might expect given the rarity of such an event: [Yoder, A D; Burns, M M; Zehr, S; Delefosse, T; Veron, G; Goodman, S M; Flynn, J J. Single Origin of Malagasy Carnivora from an African Ancestor. 2003, Nature, 421, p 734-737]

How did those two rare events (that also lead to evolutionary radiation of those species after they reached their new homelands) take place? A tsunami perhaps, sweeping animals out to sea along with trees and other natural debris. But speaking of such rare, one of a kind dispersal events, they are the rare exceptions. Because when you study the biogeographical history of marsupial and mammalian evolution worldwide it fits together neatly with what is known of tectonic movements over time with the probabilities being heavily in favor of natural means of animals dispersing round the world as they evolved, including an evolutionary understanding of why we find marsupials dominating Australia—a continent full of evidence supporting evolutionary biogeography.

See Video: Evolution Of Mammals And Their Dispersal —Look at all the species that fit the dispersal scenario among all the other continents without major difficulties.

See also this piece on the Platypus and Australian marsupials, and why the evidence supports evolution.

And this piece on Living Fossils that discusses the biogeography of animals found only on the Hawaiian islands such as fruit fly species that are more diverse there than anyplace else on earth featuring species that are larger, more colorful, and that “sing,” as well as featuring the only known species of carnivorous caterpillar.

One last point to ponder, once you accept the preponderance of evidence that favors common ancestry (as does Behe at the Discovery Institute), one might wonder a bit as to why there is NO EVIDENCE OF A PLAIN STRAIGHTINTELLIGENTLYDIRECTED ROAD that the Designer took toward “designing” a species? The evidence in nature suggests endless cousin species, even cousin species of cousin species, continual branching paths, with few survivors, and that includes the evidence concerning how humans evolved. The Designer left behind in our wake untold branches of cousin species, and cousins of cousin species, trailing endlessly backwards in time, the vast majority of them having evolved only to become extinct, including the extinction of early species of humans, the extinction of early species of apes that had larger brains than any known living species of apes, extinct species of monkeys, lemurs, and their endless cousins, etc. All one can say based strictly on the paleontological evidence is that the surviving species survived, and that cousin species also had cousin species, so on and so forth, and the vast majority of them all went extinct. Therefore the so-called evidence for design over geologic periods of time is neither plain nor straightforward.