Reply #1 to Casey Luskin of the Discovery Institute, Proponent of Intelligent Design 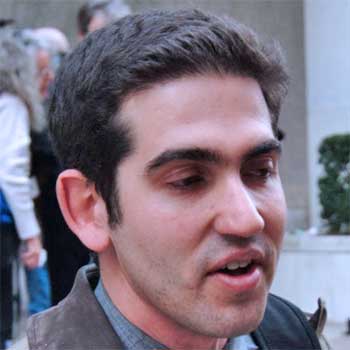 I recall our conversations from years ago. I.D. has come no further. And you missed the point.

Note also the scattershot approach to bringing life forth in the cosmos, designing or perhaps tinkering with endless numbers of galaxies, stars, planets, just to produce one viable planet, and even then not extremely viable, since an enormous proportion of the land on earth is desert that is far from filled with life (both sandy and frozen wastelands).

As for junk DNA, The theory of evolution does not demand that a lot of “junk DNA” exist.  And neither has the idea of “junk DNA” been fully rejected by the ENCODE folks. And even the ENCODE folks admit that concerning the new functions they found for portions of DNA, that importance lies along a relative scale (some DNA is not very important at all relative to other DNA), as even a YEC like Todd Wood pointed out.

Todd should be as enthusiastic as you when it comes to every new discovery that finds some degree of functionality in various portions of DNA since heʼs a YEC, but he remains pretty calm about the whole matter, and admits there are difficulties with creationism, and that modern studies of genetics are not giving up the ghost to creationism or I.D., and that evolution is not a theory in crisis about to be overturned tomorrow. Maybe itʼs because of Toddʼs advanced degree in biochemistry and his own work with DNA?

Take for instance the new discovery that viral DNA that has been inserting itself into the germ cells of our common ancestor for untold ages, and thought useless, but has been found to be useful in stem cell differentiation. Viral DNA apparently is linked to jumping genes (which makes sense since viral genetic material once injected into a cell takes command of it, controlling DNA, and probably jumping all over a healthy cellʼs DNA). But this new discovery fits into the larger tale of the evolution of eukaryotic cells, a tale of the jury-rigged rise of eukaryotic cells. There has been evidence and discussion for a while now concerning another cellular component, the mitochrondria, and how they probably arose from a species of bacteria that wound up inside early eukaryotic cells, living together in harmony. The mitochondria in our cells resemble bacteria in that they have their own mitochondrial DNA and mitochondrial division resembles that of bacteria dividing, so they are mostly separate from the DNA found in the nucleus of a eukaryotic cell. So itʼs not unusual to now discover that eukaryotes also live symbiotically with the viral DNA that has been invading their cell walls probably ever since the first eukaryotic cells have been around. So what we are discovering is that our cells, the large cells known as eukaryotic cells, are the jury-rigged products of evolutionary symbiosis of different kinds of early organisms, both bacteria and viruses.

Thereʼs also evidence of evolutionary arms races evident throughout nature, one species prompting changes in another species, creating either further specialization in both species, or leading to jury-rigged symbiosis in both species as they each find their niches either one inside the other or beside the other.

Neither is evolution the story of “progress” as Cornelius Hunter put it recently on your blog. Itʼs the story of proliferation, of finding and filling niches via continued speciation, and when more diverse niches are filled instead of continuing to compete over a single niche, that often avoids competition. It produces as I said, a greater proliferation of species. And parasites that live off of (or freeload off of) other species in some way are the most numerous of all species per one book I read, and of course the most successful parasites are the ones that donʼt simply kill their host fast, which also kills the parasites. The most successful parasites are the ones you donʼt even know are there, like the tons of diverse parasites living on our skin, in our bodies and in our belly button. [Study finds a “rain forest” of species in our belly button.]

Dennis Venema and a host of Christians with advanced degrees in biology as well as a host of mainstream geneticists are going to always be there, and they seem to be gaining in momentum moreso than I.D. these days, what with the creation of the BIOLOGOS website, and the headlines about evolution questions continuing to heat up among Evangelicals in Christianity Today.

And Evangelical Christian theologians are also jumping into the fray, pointing out that Genesis is not about “science,” itʼs about ancient Near Eastern cosmic temple building, ancient cosmological notions that were pre-scientific.  So the impetus that creationism and I.D. once gained from the view that God was actively popping new organisms into existence, or tinkering with their genes over eons, is not necessarily supported by Evangelical theologians who are pointing out that Genesis 1 has nothing to do with science.

Also, I.D.ists are stuck like the creationists before them, complaining that evolution has not provided as detailed an explanation as they would like. But whatever evolution doesnʼt know concerning exactly how things evolved, I.D. has even less knowledge concerning how a Designer worked out inside his head how and why to make things in such and such a fashion.

Lastly, anyone wishing to read replies to the latest I.D. arguments and its claims of evolutionʼs imminent demise can look up rebuttals to I.D. arguments on my dedicated search engine at the top of all my blog pages. It includes links to pro-evolution pages by non-religious scientists as well as links to pro-evolution pages by Evangelical Christians who are scientists and theologians. You just have to type in the name of the prominent person, say an I.D.ist, and the links that appear will often lead you to responses to the latest I.D.ist arguments made by that person.