People who don't know me often call me an atheist. But in all honesty... the scientific and NT questions simply run too deep for me to recite with both head and heart any of the creeds of Christianity 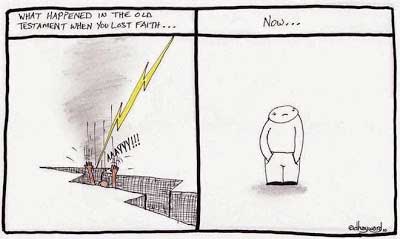 I want to believe in God and a personal afterlife, and like Frank Schaeffer, author of “Why I am an Atheist Who Believes in God: How to give love, create beauty and find peace” (son of the apologist Francis Schaeffer), I do not deny myself prayers to God. I try in all ways to learn what is true, including prayer to God during times of questioning, questing and need. But both the cosmos and the Bible raise many questions of pain and suffering as well as competency of the Designer (who is possibly a Tinkerer), including whether the human species will even last. The stars have billions of years of life left in them since they burn via nuclear fusion and more stars continue being born in distant clusters. One can easily imagine the stars outlasting humanity by far. I also wonder how much truth lay behind the stories of Jesusʼ miracles in the Gospels. Regarding the latter question, Jesus was probably an apocalyptic prophet, but I tend to doubt the resurrection and other miracle stories, in fact you can see certain stories about Jesus grow in the telling from Mark to Matthew, Luke and John: “Gospel Trajectories & The Resurrection (questions as well as sources to read or listen to)”

Furthermore, almost all the miracles occurred either in some unspecified “wilderness” or in small towns in Galilee, i.e., Jesus never visited the largest cities of Galilee nor is spoken of as having performed miracles in them such as Sepphoris which was located near Nazareth, nor did he perform miracles in other large cities like Caesarea Philippi, Tiberius, Hippos (the last two being on the shores of the Lake of Galilee). Instead, three smaller cities, mere towns, Chorazin, Bethsaida, Capernaum encompassed the area where Jesus performed most of his miracles, which scholars have appropriately nicknamed “the Evangelical Triangle.” Even after the people of those towns allegedly saw Jesusʼ miracles the citizens did not hail Jesus and start to follow him. So the Gospels have Jesus denouncing the three towns where he allegedly performed most of his miracles, and warning that judgment would fall on them. As for Jesusʼ greatest nature miracles, they were only said to have been seen by a few apostles in a boat (stilling a storm, walking on water), or on an unnamed mountaintop (the transfiguration, three apostles were allegedly there). Interestingly, the fourth Gospel, allegedly written by the same John who was one of the three apostles who viewed the transfiguration, does not mention that particular miracle at all. The only large city Jesus visits is Jerusalem where he is captured and crucified, and he performs no public healings there per the synoptic Gospels but merely preaches (except for one miracle of healing in Jerusalem mentioned in the late fourth Gospel). Even the late added narrative of the bodily ascension of Jesus in Luke-Acts, is said to have only been seen by the remaining eleven apostles. Here is a guy rising into the clouds, but apparently doesnʼt want everybody to see it. Even weirder is how in Luke the raised Jesus proves he is flesh and bone and then “led them out” of Jerusalem to Bethany, but with no mention of anybody noticing, no mention of people spying the raised Jesus, or the apostles shouting Hosanna as this resurrected flesh and bone Jesus allegedly is leading his apostles out from one large city to a nearby town (compare all the Hosannas when Jesus entered the city). In other words, Jesusʼ exit is very hush hush. And as I said Jesusʼ alleged miracles are only said to have happened in out of the way places, like some unspecified “wilderness” or on an unspecified “mountaintop” or in three towns in particular (not even cities) in Galilee (where they rejected him), or the most spectacular miracles are only seen by a few apostles. Not sure I believe such stories, including the raising of Lazarus tale in the fourth Gospel which seems to have resulted from combining earlier tales in earlier Gospels, resulting in a new story: “Scent from heaven? Who nose? Do tales of Jesusʼ anointing, resurrection & bodily ascension, bear the aroma of truth?”

Add to that the way the resurrection tales contradict one another, and how nobody sees Jesus exit the tomb. His bodily resurrection is an implied miracle in the first and earliest Gospel but is declared in the two last-written Gospels of Luke and John to be a very physical resurrection. The earliest telling in Mark says only that the tomb is declared empty. The closest we come to a first person letter from someone saying they saw the raised Jesus is where Paul mentions in two letters that “he appeared to me,” thatʼs all he says about it, and lists some appearances to others, with no times or places mentioned nor anything that was said or heard. And Paul says Jesus had a “spiritual body” instead of mentioning that Jesus had “flesh and bone” like in the last Gospels written, Luke-Acts. The earliest Gospel, Mark, does not have a post-resurrection appearance story. It just ends with the women fleeing an empty tomb, frightened, and telling no one anything (the Greek is highly emphatic, involving a repetition of the same Greek word to emphasize that the women did not say “anything” to “any[one]” [the Greek reads, oudeis oudeis], so how and when did the story about the discovery of an empty tomb arise? One wonders, since the text states emphatically that the women did not say “anything to anyone” about such a discovery. Sounds like even the empty tomb story might have arisen later. Paul certainly doesnʼt mention it, or the women. But later Gospels build considerably on that tale in Mark). Meanwhile the number of words and lessons allegedly taught by the resurrected Jesus AFTER he was raised, continued to rise in number from Mark to Matthew, and then reach their peak in Luke-Acts and John. Obviously the story was growing over time. “The Word About The Growing Words Of The Resurrected Jesus”.

So I donʼt know what to believe. Because nature contains a variety of pains that humans have struggled to bypass or avoid via intelligence, city planning, safety regulations, modern medicine and dentistry, and advanced detection devices that predict the weather and other changes in the environment (including marking danger zones), rather than accept such pains as part of Godʼs wonderful design. And itʼs not “sinners” who are plagued most by natureʼs pains but people unlucky enough to be in the paths of disasters and epidemics, or unintelligent enough not to take safety measures, or economically impoverished so their city or country cannot afford modern safety techniques and conveniences. Therefore natureʼs pains are not focused on “sinners.”

Also, the human species seems destined to perish while the cosmos goes on, and we might not even be the coolest species in the cosmos. Meanwhile the Gospels plead “mystery,” and Jesus says in places that he spoke to crowds (in those towns I mentioned) in ways “that they might not understand,” then then damned them for not hailing him and following him.

Ah, but there are miracles around the world if you read some Christian apologists. Especially in South America, where Catholicism is huge, or where the Pentecostal revival in the Philippines took place. Though other Christians doubt and question the wealth of Catholic miracles, and still other Christians doubt the alleged miracles in the Philippines. And we see the web articles and books by Joe Nickell who has been investigating a lot of allegedly Catholic miracle stories. While Keith Augustine has a web article about NDEs that raises many questions Hallucinatory Near-Death Experiences. (Keith also has a book coming out in 2015, co-authored with Michael Martin on NDEs) Endless debates.

I figure that if there really was an infinite Being, one that did not want to remain very mysterious and behind the scenes, and/or that wanted everyone to be “saved” via trusting in tales of one true religion, wouldnʼt it be plainer?

So Iʼm agnostic, painfully so as I grow older, since I canʼt help but wish that this life and its memories does not end like everything else I see ending around us. I have lived long enough to see the next generation grow up ignorant of many of the key moments in history, song, literature, comedy and drama from my generation. The past seems doomed to be forgotten, along with the individuals in it. Cultural movements being and then end. Ideas change as well as styles. My own memories of earlier decades has declined, which I notice when I talk with friends from decades past. Iʼll keep praying and hoping. Add to that some meditating (hat tip Will Bagley).