The Word About The Growing Words Of The Resurrected Jesus 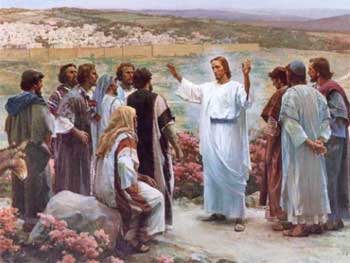 Hereʼs the Word Count once again, in the order in which these works were most likely composed:

Many of the words allegedly spoken by the raised Jesus also read like statements devout church leaders could and would have put into the resurrected Jesusʼ mouth to suit the early churchʼs belief in its own heavenly centrality and broadening missionary ideals. Like when Matthewʼs resurrected Jesus says, “Go and make disciples of all nations, baptizing them in the name of the Father and of the Son and of the Holy Spirit.” Or when Lukeʼs resurrected Jesus says, “Repentance and forgiveness of sins will be preached in his name to all nations, beginning at Jerusalem.” Or when Johnʼs resurrected Jesus says, “As the Father has sent me, I am sending you. Receive the Holy Spirit. If you forgive anyone his sins, they are forgiven; if you do not forgive them, they are not forgiven. Blessed are those who have not seen and yet have believed.”

Why are those blessed who believe without seeing? Because credulity pleases God Almighty? Then we should also believe the creation accounts too, as written, right? Because Jesus mentioned Adam and Eve and Noah like they were genuine folks and related to genuine events that God had a hand in, right? Where and when exactly does “not believing” or asking questions become a virtue?

“I do not believe that the same God who endowed us with sense, reason, and intellect had intended for us to forgo their use.” (Galileo)