The Gospel of John consists of “anti-language” say Social Scientists. It is not a Gospel about “loving one's neighbor/enemies,” but about indoctrination, or in the idiom of cults, “love bombing,” and maintaining in-group thinking 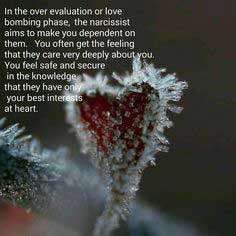 There is no command in the fourth Gospel [the Gospel of John] to love neighbors or enemies. Instead, it states, “He who believes not is condemned already” (John 3). The fourth Gospel more so than the earlier three teaches that one is either Godʼs friend or Godʼs foe, one must “believe” rightly, or, be “damned.” “Eat the flesh and drink the blood,” or you “have no life within you.” It does not say people will be judged according to their “works” as in Matthew. Additional passages in the fourth Gospel state…

This is “in-group” speech as Malina and Rohrbaugh point out in their Social Science Commentary on the Gospel of John. Love other members of oneʼs in-group. The discourse even states it is being spoken to the in-group, not to a crowd, since it explains in John 13: “[Now] before the Passover Feast began, Jesus knew the time had come for Him to leave this world and return to the Father. And as He had loved THOSE WHO WERE HIS OWN in the world, He loved them to the last and to the highest degree.” The in-group speech begins there and runs several chapters. God gives certain people to Jesus, even before Jesus has died on the cross: “To all whom Thou [God] has given him (Jesus), He may give eternal life” (John 17:2). Those are the ones Jesus loves, the true believers, and they are commanded to love one another. Nonbelievers are “already condemned,” or they do not abide in the True Vine and their “branches will be cut off and thrown into the fire.”

Jesusʼ discourse to his true-believing followers winds down with John 17:22-23 where Jesus prays, “That they may be one [even] as We are one: I in them and You in Me, in order that they may become one and perfectly united, that the world may know and [definitely] recognize that You sent Me.” (But if it takes Christians loving one another in “perfect unity,” so that the world can “know” that “God sent Jesus,” then doesnʼt that mean the world has little chance of “knowing” for sure that “God sent Jesus,” because churches, sects, denominations have continued to splinter ever since Jesusʼ day just as they have in other major religions?)

A passage in the fourth Gospel that Universalists cite is John 12:32, “And I, if and when I am lifted up from the earth [on the cross], will draw and attract all men [Gentiles as well as Jews] to Myself.” The Amplified Bible editors added the statement in brackets, suggesting that this passage is not about universalism. Whether the bracketed interpretation is correct or not, it does appear like the author of the fourth Gospel has made it clear that God has only given Jesus “some” but not all of “mankind”. The rest are “damned already” because they “do not believe” (John 3) or, “You do not believe because you are not of my sheep” (John 10).

Malina and Rohrbaugh in their Social Science Commentary on the Gospel of John,

“show that the Christian community of Johnʼs Gospel was an ‘anti-society,’ which in social science speak is a consciously alternative society consisting of exiles, rebels, or ostracized deviants. They note parallels between different anti-societies, such as reform-school students in Poland, members of the underworld in India, and vagabonds in Elizabethan England. Like other anti-societies, the folks who penned the fourth Gospel had acquired their own unique ‘anti-language,’ that is, a resistance language used to maintain their anti-societyʼs highly sectarian religious reality. This accounts for many of the strange expressions found in the fourth gospel. For instance, the Christians refer to outsiders as people of ‘this world,’ or, ‘the world.’ They believed that members of wider society — especially ‘the Jews’ — lay outside the scope of redemption and were completely beyond the pale if they didnʼt “believe” rightly. Like all anti-societies, they overlexicalized their language, which basically means that they used redundant euphemisms. Thus, ‘believing into Jesus,’ ‘abiding in him,’ ‘loving him,’ ‘keeping his word,’ ‘receiving him,’ ‘having him,’ and ‘seeing him’ all meant the same thing. Likewise, ‘bread,’ ‘light,’ ‘door,’ ‘life,’ ‘way,’ and ‘vine’ were all redundant metaphors for Jesus himself. These redundant euphemisms formed an anti-language outside of “the worldʼs,” and served to maintain inner solidarity in the face of pressures (or perhaps even persecutions) from society. Unlike the religious language found in the Synoptic Gospels or Paulʼs letters, Johnʼs language would have been meaningless in the context of wider Judeo-Christian society (‘this world’). Understanding this social background is crucial for interpreting the gospel as a whole and controversial passages in particular.”

In short, the fourth Gospel contains a greater number of specialized theological terms not seen in any of the earlier Gospels, all terms that would be meaningful particularly to an in-group seeking to maintain a strong cohesion including condemnation of outsiders, like members of an exclusive religious cult or even like members of an exclusive gang.

So the reason the fourth Gospel does not include Jesusʼ teaching that one must love oneʼs neighbor/enemy (and also does not include the teaching found in Matthewʼs Sermon on the Mount about how “loving oneʼs neighbor is the law and the prophets”) is that your neighbor might not share your “beliefs” about Jesus, so heʼs “damned already,” and the most important thing according to the author(s) of the fourth Gospel is to “believe” the right things about who Jesus was… or else one is “damned already,” one has “no life within you,” one is “cut off and thrown into the fire.” It is a lesson the author of the fourth Gospel repeats ad nauseam, “Anyone who does not abide in Me, he is thrown away as a branch and dries up; and they gather them, and cast them into the fire and they are burned.” (a verse that came in handy during the Inquisition). “Those who do not believe are condemned already, because they have not believed in the name of the only Son of God.” You must even believe the right liturgical things concerning the Lordʼs Supper, because “Unless you eat the flesh of the Son of Man and drink his blood, you have no life in you.” Speaking of right belief, the Gospel says it was composed “that ye may believe,” and starts off telling everyone what to believe about Jesus, and has the disciples call Jesus the messiah and much more the instant they meet him, and even has John the Baptist declare what one must believe about Jesus (a line found in no other Gospel), namely that Jesus is “The lamb of God who takes away the sins of the world,” something one “must” believe per John 3.