Fine-Tuning question is something “we don't understand well enough yet” 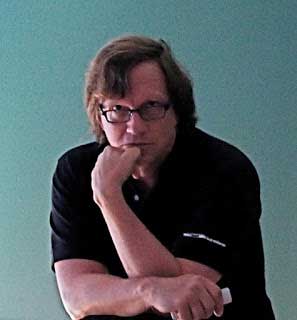 The fine tuning argument… depends upon making judgments about the likelihood, or probability of something, like, “How likely is it that the mass of the electron would be related to the mass of the proton in a certain way?” Now, one can first be a little puzzled by what you mean by ‘how likely’ or ‘probable’ something like that is. You can ask how likely it is that Iʼll roll double sixes when I throw dice, but we understand the way you get a handle on the use of probabilities in that instance. Itʼs not as clear how you even make judgments like that about the likelihood of the various constants of nature (an so on) that are usually referred to in the fine tuning argument.

Now let me say one more thing about fine tuning. I talk to physicists a lot, and none of the physicists I talk to want to rely on the fine tuning argument to argue for a cosmology that has lots of bubble universes, or lots of worlds. What they want to argue is that this arises naturally from an analysis of the fundamental physics, that the fundamental physics, quite apart from any cosmological considerations, will give you a mechanism by which these worlds will be produced, and a mechanism by which different worlds will have different constants, or different laws, and so on. If thatʼs true, then if there are enough of these worlds, it will be likely that some of them have the right combination of constants to permit life. But their arguments tend not to be “we have to believe in these many worlds to solve the fine tuning problem,” they tend to be “these many worlds are generated by physics we have other reasons for believing in.”

If we give up on that, and it turns out there arenʼt these many worlds, that physics is unable to generate them, then itʼs not that the only option is that there was some intelligent designer. It would be a terrible mistake to think that those are the only two ways things could go. You would have to again think hard about what you mean by probability, and about what sorts of explanations there might be. Part of the problem is that right now there are just way too many freely adjustable parameters in physics. Everybody agrees about that. There seem to be many things we call constants of nature that you could imagine setting at different values, and most physicists think there shouldnʼt be that many, that many of them are related to one another. Physicists think that at the end of the day there should be one complete equation to describe all physics, because any two physical systems interact and physics has to tell them what to do. And physicists generally like to have only a few constants, or parameters of nature. This is what Einstein meant when he famously said he wanted to understand what kind of choices God had —using his metaphor— how free his choices were in creating the universe, which is just asking how many freely adjustable parameters there are. Physicists tend to prefer theories that reduce that number, and as you reduce it, the problem of fine tuning tends to go away. But, again, this is just stuff we donʼt understand well enough yet.
—Tim Mauldin, Prof. of Philosophy, NYU.

Above quotations is from an interview in What Happened Before the Big Bang? The New Philosophy of Cosmology: On the big questions science cannot (yet?) answer, a new crop of philosophers are trying to provide answers by Ross Andersen, Atlantic Monthly, Jan 19, 2012