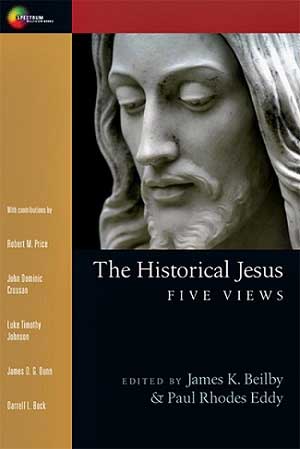 Outsider Interviews, The: A New Generation Speaks Out on Christianity
Statistics tell us that Christianity has an image problem. The authors of this book hosted a national interview tour with young non-Christians and Christians to hear why. Also see Christianity and the Postmodern Turn: Six Views

Perform a search at Zondervan's site for all their books with the word, “views” in their Title, and you will discover a host of Christians arguing for differing views and debating each other inside the same book, check out the list of titles!

Click here to see Intervarsity's books with views& in their title and you will discover (just as in the case above) a host of Christians arguing for differing views and debating each other inside the same book! One new book includes the views of two secular biblical scholars pitted against moderate Evangelical and conservative Evangelical scholars, who critique each other's articles, The Historical Jesus: Five Views. Also see Intervarsity Press's The Hopeful Skeptic, the story of a Christian who heard a little voice telling him to set aside the faith of his childhood. So he changed his Facebook religion status from Christian to “Hopeful Skeptic” and set out to see where God would take him.

“Eric: I have been deeply involved in church for most of my life, but over the past few years I have become very unsure of anything. I have read a great deal of history and anthropology and have found so many different societies and cultures have developed religions that claim to be the One. I have found early religions that seem to presage the stories of the Bible, often telling the same stories in different settings or earlier times. It makes me wonder if the Bible is simply carrying on the oral tradition that other, earlier societies had developed. I have tried to discuss my doubts with pastors and with priests and have generally been told to just accept God's Word. “Take it on faith.” When I try to get my head around prayer, I run into too many questions- why have prayer circles, with many people praying for the same thing, when God is supposed to hear even the lowliest of us in our silent prayer? Does God hear a loud chorus more clearly? I wonder if creating a God is just a way to give us something bigger than ourselves to lean on, to ask for help, to rely on. I felt safer when I just didn't allow my questions to come to the surface, but I have had so many uncertainties that they just won't go away. I have read all of the Scriptures and know many of them by heart, but it seems like a sham - at least my belief in them now does. I wish I could just “believe,” but it isn't there for me. How do I stop wondering if God is really there? In addition to all of this, I have lost a daughter, who was so young and innocent and who clearly did nothing to deserve to die. My little sister was born with a serious developmental disability. My mom died very young of a brain tumour. Saying God works in mysterious ways or that He has a plan for us or that they are in His hands is not an answer. At least it seems like a glossing over to try to make me stop asking. What do I do to find my faith, again? I am aching for answers.”

Recent books not published by Christian presses but which demonstrate that people, including former Christians are growing less interested in doctrinal dogmatic replies to their many questions: